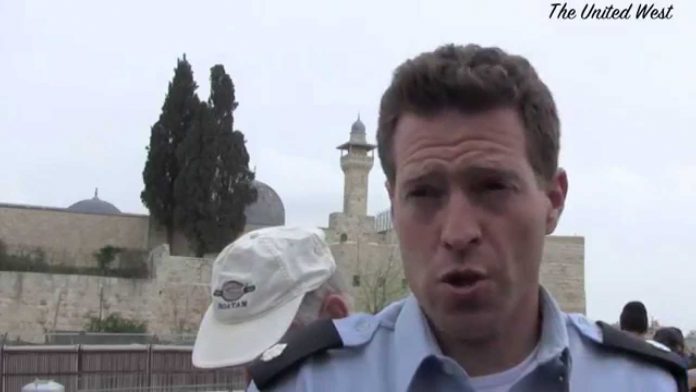 An Israel Police spokesperson appeared to push back on Tuesday against efforts by some activists in far-left circles to blame the Jewish state for police brutality in the US.

Charges that certain tactics — including the knee-to-neck restraint move that led to George Floyd’s death in Minneapolis two weeks ago — were taught to American law enforcement personnel by Israeli counterparts have been circulating online recently.

On Tuesday, Israeli Police foreign media spokesperson Micky Rosenfeld tweeted, “There is no procedure that allows an officer of the #israel police dept to carry out an arrest by placing a knee on the neck of a suspect.”

“None of police Counter terrorism training that #Israel national police provide to foreign law enforcement officers involves such a measure,” he added.

Shortly after Floyd’s death, the Democratic Socialists of America’s BDS national working group tweeted, “The police violence happening tonight in Minneapolis is straight out of the IDF playbook,” adding, “US cops train in Israel.”

A pro-BDS petition to the University of California made similar claims.

“We know the Minneapolis police were also trained by Israeli counter-terrorism officers,” it said. “The knee-to-neck choke-hold that Chauvin used to murder George Floyd has been used and perfected to torture Palestinians by Israeli occupation forces through 72 years of ethnic cleansing and dispossession. Police departments view Israeli Defense Force tactics as models for responding to ‘public health and safety crises.’”

In response to an inquiry from The Algemeiner regarding Israeli training for the Minneapolis police force, a spokesperson from the Consulate General of Israel to the Midwest said, “Any attempt to create any link between what took place in Minnesota with Israel is baseless and misguided.”