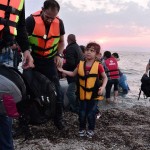 Mansour claimed Israel has denied some 100,000 Palestinian Syrian refugees passage to PA-controlled territory through Israel. In a letter to U.N. Secretary-General Ban Ki-moon, Mansour urged the U.N. Security Council to order Israel to allow the refugees’ passage so that the PA could absorb them in its territories.