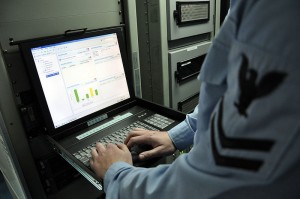 Times of Israel reports that the Israel Security Agency has used cybertechnology to prevent more than 2,000 terror attacks since the beginning of 2016, agency head Nadav Argaman told a conference at Tel Aviv University on Tuesday.

He said Israeli intelligence agencies have also passed on information to stop terrorists elsewhere in the world.

He noted that groundbreaking cybertechnology has helped to protect against lone-wolf attacks that would have been unpreventable using traditional intelligence means.

He added that hackers who attempt to attack Israel are in for a surprise. “We are not only defending but also attacking hackers in the world. Hackers who operate against Israel around the world find they experience unexpected problems.” “We learn the patterns of activities of the enemy and know how to surprise him with counterattacks in many different ways.”