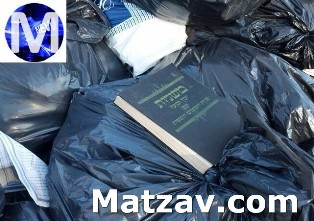 Minister of Religious Services David Azulai of Shas recently announced that he lessened the high cost of burying shaimos by exempting it from Israel’s Landfill Tax, a tax paid by companies that dispose of garbage in landfills. The money they pay is invested in finding methods of garbage disposal that are less disruptive to the environment.

Azulai noted that a 2014 ruling of Israel’s Chief Rabbinate ruled that genizah cannot be recycled and must be buried.