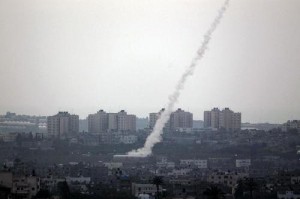 There were no reports of injuries on either side.

Israel conducted the strikes in response to an earlier rocket attack by terrorists that saw a kindergarten in southern Israel hit on Erev Shabbos. Boruch Hashem, no one was reported injured in the rocket attack.