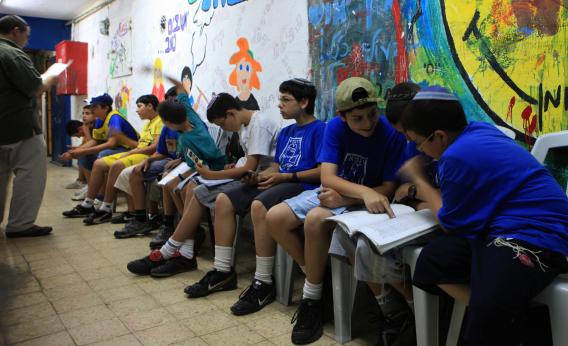 i24 News – The Teachers’ Union in Israel said on Tuesday that no classes will be held throughout the entire country on Wednesday as part of their ongoing strike in protest of low wages.

Classes will not be held in kindergartens, elementary schools, or studios. Studies will take place as usual in special education institutions, according to Channel 12 News.

“We have been negotiating with the finance officials for six months, but we have not yet received even one concrete proposal,” said the secretary-general of the Teachers’ Union, Yaffa Ben-David.

“This is a national emergency and a tangible danger for the future of the State of Israel. Our requests for a concrete proposal are repeatedly rejected by the Finance Ministry,” he added.

The Teachers’ Union said their representatives are willing to sit in on negotiations “until white smoke comes out.”

In May, Israeli teachers threatened to strike if starting salaries for teachers and educators would not improve by the beginning of the next school term. Weeks later, teachers left classes in the middle of the day to protest.

Protests were triggered by the Israeli Finance Ministry’s plans to change the annual school summer vacation schedule to coordinate it with the fall holiday season when most parents take leave from work.

The Teachers’ Union argued that negotiations on vacation schedule can only be held after teachers’ salaries are raised.

“We hope the Finance Ministry will instruct the finance officials to finally come up with salary tables and concrete proposals for salary increases for all teaching staff in the civil service,” the union said.