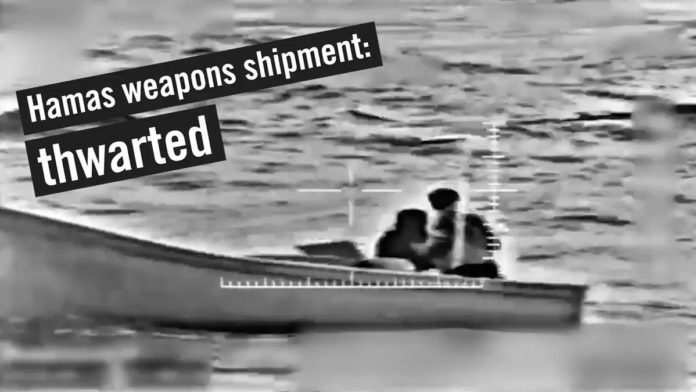 The Israeli military — in conjunction with the Shin Bet domestic security agency — recently thwarted an attempt to smuggle weapons into the Hamas-ruled Gaza Strip by sea from Egypt’s Sinai Peninsula, it was announced on Wednesday.

Several weeks ago, two terror operatives were arrested on a arms-carrying boat intercepted by the Israel Navy.

An investigation revealed that the weapons on board were intended for use by Hamas.

One of the terrorists was identified as Mahmoud Bachar. He was described as a “high-profile smuggler” who worked with Gaza-based terror groups, and the IDF called his capture a “significant operational achievement.”

Watch a video of the interception of the ship below: 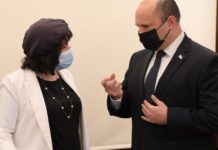