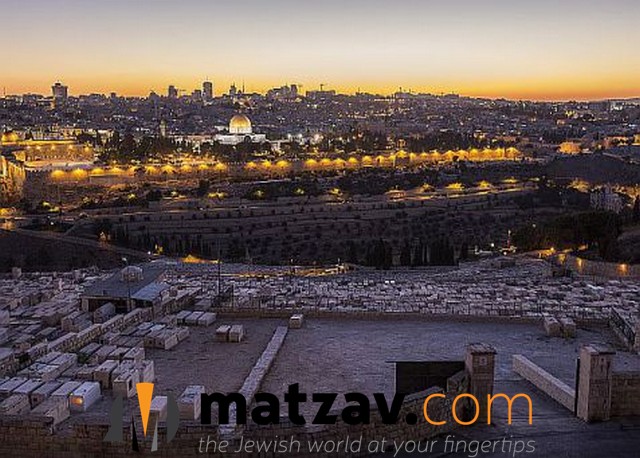 Israel is pushing ahead with building plans in areas the UN Security Council recently declared as occupied Palestinian territory and weighing new steps against UN agencies as the censure from the international body roils domestic politics.

The Jerusalem municipal planning committee on Wednesday is set to review requests to build hundreds of apartments in East Jerusalem. That would contradict the terms of Resolution 2334, which demands that Israel halt all building in areas it won in the 1967 Middle East war and brands construction there illegal.

The moves would expand on steps Israel has taken since the Security Council vote Dec. 23, when the U.S. broke with tradition and declined to veto a resolution Israel considers damaging. At a time when Prime Minister Benjamin Netanyahu has been boasting of Israel’s improved international standing, the council’s decision threatens to further isolate his country over its half-century of control over Palestinians in the West Bank and east Jerusalem.

A senior Israeli official said the government is weighing fresh measures against UN agencies it considers particularly hostile, including the UN Relief and Works Agency, which serves Palestinian refugees; the UN Office for the Coordination of Humanitarian Affairs; and the UN observer force on the Golan Heights. Israel could restrict new recruits to the agencies, delay visas for their officials and halt or delay visits of experts to those agencies, said the official, who spoke on condition of anonymity because the issue is sensitive.

Christopher Gunness, a spokesman for UNRWA, said such steps against the agency would be unprecedented. “We have not heard anything directly, we’ve just seen media reports” about potential steps, he said.

Already, Israel has limited work ties with countries that voted for the Security Council resolution, rebuked member states’ representatives, recalled ambassadors from co-sponsors New Zealand and Senegal and pledged to cut off nearly $8 million in funding to UN institutions.

Israel says the resolution will convince Palestinians they can get what they want without having to negotiate, making them more intransigent. Netanyahu has already warned his Cabinet that the vote may not be Washington’s last foray into the region in the waning days of the Barack Obama administration.

U.S. Secretary of State John Kerry plans to lay out his vision for Israeli-Palestinian peace in coming weeks, and France is gathering dozens of foreign ministers in Paris on Jan. 15 to discuss the conflict. Another senior Israeli official, who also spoke on condition of anonymity because of the issue’s sensitivity, said the government fears the ministers will draft parameters for ending the conflict that Israel considers unfavorable, then seek to impose them through the Security Council before President Obama leaves office five days later.

Shmuel Sandler, a political scientist at Bar-Ilan University’s Begin-Sadat Center for Strategic Studies, said Netanyahu is under pressure to respond to the UN vote with a wave of new construction. Education Minister Naftali Bennett, whose Jewish Home party opposes a Palestinian state, has called for Israel to annex large swathes of the West Bank, though Netanyahu has ordered Cabinet members to cease all talk of annexation for now.

“He’s under pressure from Bennett to build, but if he’s going to build it has to be limited,” Sandler said. “No matter what, he has to wait for the Trump administration before doing anything substantial in the settlements. He’s aware that Kerry’s speech is coming up, the Paris conference is coming up and Obama still has ways to hurt him.”

After the vote Netanyahu lashed out at Obama, saying the U.S. pushed the resolution behind the scenes and broke a commitment to shield Israel from imposed UN conditions. The U.S. decision to abstain rather than veto the resolution allowed it to pass.

Obama was highly critical of Israel’s settlements from the moment he entered office, in keeping with U.S. opposition to construction on lands the Palestinians want for a future state. The two leaders then clashed publicly over the 2015 Iran nuclear deal, with Netanyahu denouncing it in a speech to Congress that wasn’t coordinated with the White House and that soured relations further.

Netanyahu is hoping things turn around under U.S. President-elect Donald Trump, who will take office Jan. 20. Trump has pledged to move the U.S. embassy from Tel Aviv to Jerusalem, and his choice of ambassador to Israel, attorney David Friedman, is a strong supporter of the settlements.

“I hope that as soon as the new U.S. president comes in, we’ll have permission to build more in Jerusalem,” the city’s deputy mayor, Meir Turgeman, said.

The Obama administration denied its UN action breached any commitment to Israel, saying it’s in keeping with U.S. support for a two-state solution to the Israeli-Palestinian conflict.