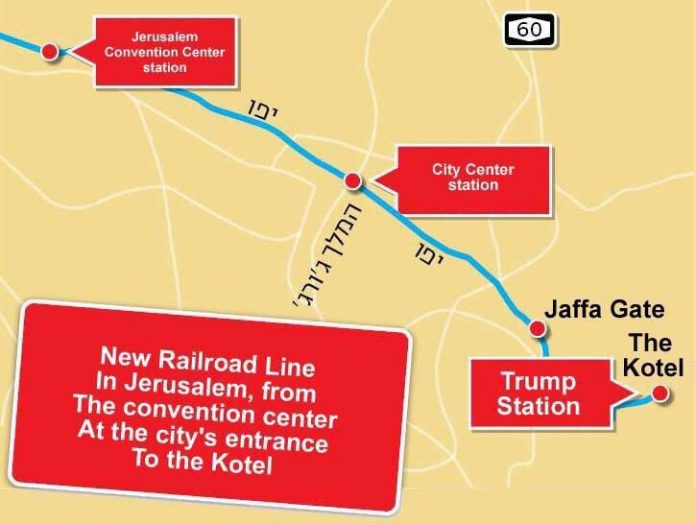 Israel’s minister of transportation wants to name a new train station set to be built in the next few years in Jerusalem after President Donald Trump.

The transportation minister, Israel Katz, said Wednesday that the Donald J. Trump station was a gesture to a U.S. president who had made a “courageous and historic decision to recognize Yerushalayim as the capital of the state of Israel.”

The train line planned by Katz is an extension of a new high-speed rail link set to open next year connecting Yerushalayim to Israel’s commercial center in Tel Aviv and the country’s airport nearby.

The plan announced Wednesday will see the train continuing from the entrance of the city and traveling through a two-mile tunnel – some 190 feet underground – to reach inside the Old City’s walls.

Trump Station will be built in the Jewish Quarter.

Israeli daily Yedioth Aharonot reported Wednesday that the train will feature a VIP car to transport visiting dignitaries directly from the airport to the Western Wall.

A statement from Katz’s office said the project was a national priority, meaning construction on the line would be expedited and even started within the next year.