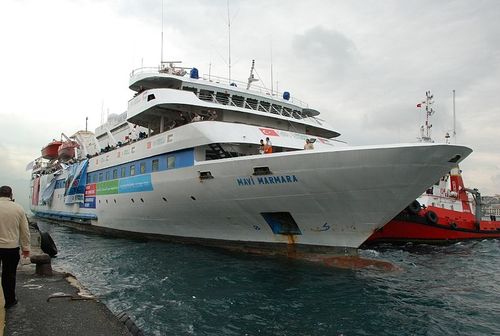 Israel is to pay out over $21 million to the families of the Turkish “peace activists” – killed while attacking IDF troops with axes, knives, and steel bars – as part of the framework of a reconciliation deal signed with Turkey on Sunday, Itamar Eichner reports for Ynet.

The Turks were killed on board the Mavi Marmara, a Turkish vessel at the head of a flotilla – sponsored by a group called IHH – attempting to sail to Gaza. The ship was boarded after repeated attempts to have the ship sail to the Israeli port of Ashdod so that their “humanitarian aid” could be sent to Gaza via the proper channels.

A press conference is to be held at 1:00pm in Rome where the official announcement of the reconciliation agreement will occur.

Ynet says that a high ranking political official said that “the issue of the $21 million dollars was settled three years ago. The money will be transferred only after a law which terminates all ongoing legal proceedings in Turkish courts against Israeli officers involved in the Marmara incident is passed in Turkish parliament. Why did the agreement take so long? Because of the Gaza blockade and terror coming from Turkey.”