Thirty years ago, Israeli farmers faced a daunting choice – find a new water source or go under. Their solution was waste water recycling. Now climate change is presenting other nations with a similar choice.

With increased interest worldwide, Israel is marketing its waste water reuse technologies and has developed a billion-dollar industry by sharing systems and expertise.

Israel began confronting water scarcity when its main sources, the Sea of Galilee and two aquifers, became overtaxed and the population was growing. There was simply not enough water for agriculture.

“We had to adapt, and found what at the time was an unlikely solution,” said farmer Yaron Rot, who manages irrigation at Kibbutz Magen, an agricultural community in southern Israel.

They began irrigating their fields with recycled waste water from the drains of Tel Aviv.

At the time it was not discussed openly. Water treatment technology was not well-known and authorities feared the public would reject the idea of toilet water being used to grow food.

“Today, nearly half our irrigation comes from recycled waste water,” Rot said, making clear it was no easy achievement.

By the turn of the century, Israel was still the only country to recycle waste water extensively. Global warming means its neighbors will increasingly need to do the same.

Competition over shared water resources is a sensitive issue in Israel’s relations with the Palestinians and other Arab neighbors, tending to fuel more conflict than cooperation.

The United Nations, in its Human Development Report, classified the Middle East as the world’s most water-stressed region. Its climate modeling projects hotter temperatures and less rainfall in the future.

A separate UN report said the regulated use of treated water could reduce pressures.

“Israel demonstrates the potential,” it said, adding other nations were following the lead of a country that has also pioneered water-saving techniques such as drip irrigation.

Israel has made water recycling an integral part of daily life – even if many residents are not aware of it.

More than 80% of household waste water is recycled, amounting to 400 million cubic meters a year, the Environment Ministry says. That ratio is four times higher than in any other country, according to Israel’s water authority.

Treatment facilities remove contaminants to a level set by the Health Ministry and the water is then sent to farmers.

Businesses have thrived by developing the most efficient solutions, including an ultra-violet light purifier and a recycling system that uses millions of small plastic rings to breed bacteria and break down organic waste.

“There are two reasons for the growth. Countries certainly expect the lack of water will increase. And water has taken on an economic value,” he said.

This year, Israel assembled a committee at the Swiss-based International Organization for Standardization to formulate universal guidelines to reusing waste water in irrigation.

“There is great interest in the world because they understand the global shortages. It turns out there are many other countries suffering,” committee secretary Yaron Ben-Avi said.

He said the goal was to create a global standard in less than three years, with guidelines on how to build and maintain water recycling systems, how to avoid harming the environment and how to select which fruits and vegetables to grow.

Israeli legislators are drafting a bill that would require all new buildings to be able to recycle “grey water,” all household water waste except that from toilets.

A government study also recommended the creation of wetlands to help treat waste water naturally. Such systems have been described as the “earth’s kidneys” as they filter pollutants.

Israel has built a few dozen manmade wetlands that treat sewage from cowsheds, vineyards and army bases, but this remains an area where it lags behind Western countries, said Michal Green, an engineer at the Technion Institute of Technology.

Companies are showing more interest in constructed wetlands as an alternative to treatment plants, she said.

“They are non-energy intensive, they have lower maintenance costs and they are a more aesthetic option. I have no doubt they will catch on.” 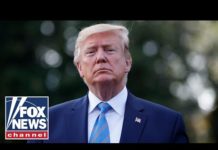 At 9/11 Memorial, Trump Vows To Strike Back With Power The U.S. ‘Has Never Used Before’ If Country Is Attacked Again 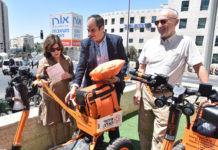