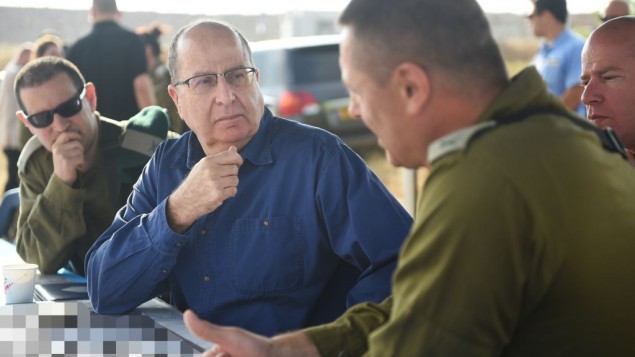 Israel is “very concerned by the strengthening of Iran in Syria, which will lead to a strengthening of the Shi’ite axis, in a negative manner,” Ya’alon said during a meeting with his Italian counterpart, Roberta Pinotti, in Tel Aviv on Monday.

“This could encourage Iran to continue to activate a terror front against us from the Golan Heights. Iran will also continue to invest the money it will receive from sanctions relief in the development and acquisition of new weapons systems, and the building and fortification of terror proxies in the Middle East, Europe, and America, to spread terrorism around the world,” he added.

While Syrian President Bashar al-Assad has been a close ally of Iran for many years, the ongoing Syrian civil war has allowed Iran to grow its military and economic presence in the country while the Syrian government’s resources have dwindled. Hezbollah, the Iranian-backed Shi’a Lebanese terror group, along with Shi’a Iraqi and Iranian militias, have been fighting alongside the Syrian government for the past few years.

At the same time, Russia’s entrance into the Syria civil war last year on the side of the Syrian government has allowed Syria, the Iranian-backed militias, Hezbollah to make significant gains in their fight against rebel groups.

A tenuous cease-fire brokered by the U.S. and Russia has been in place in Syria since Feb. 27 as world powers try to end the conflict.