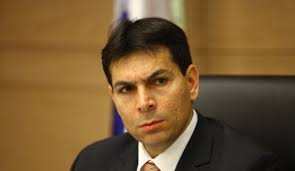 A recent United Nations resolution singling out Israel as the world’s only violator of global health rights reveals how the international body is “completely disconnected from reality,” Israel’s ambassador to the UN told The Algemeiner on Thursday.

Danny Danon was referring to a resolution — co-sponsored by the Arab Group and the Palestinian delegation — accusing Israel of violating the “mental, physical and environmental health” of the Palestinians. The motion, which received support from France, Germany, the UK and various other EU states, was passed during the World Health Organization’s (WHO) annual assembly on Wednesday. The US and Canadian delegations both voiced their strong objections to the resolution.

According to the Geneva-based watchdog group UN Watch, no resolutions were passed against any other country. The assembly did not address other major health crises, such as the bombing of hospitals in Syria by pro-regime and Russian warplanes, or the Saudi-led bombing and blockade in Yemen, which is denying millions access to food and water.

Various Arab countries also used the WHO assembly to lob further accusations at Israel. Iran claimed that Gaza is under “an inhumane blockade,” while Egypt alleged that Israel shows a “disregard for basic human rights.” Pakistan charged Israel with carrying out a “wave of terror against the Palestinian civilian population.”

The Syrian delegation, UN Watch said, submitted a report “laced with antisemitic conspiracy tropes,” which claimed that Israel continues “to experiment on Syrian and Arab prisoners with medicines and drugs and to inject them with pathogenic viruses.” Israel’s humanitarian medical treatment of injured Syrians, the delegation asserted, is done in order that the Jewish state “can resume [its] subversive terrorist activities directed against the country’s peaceful citizens and its infrastructure.”

Danon slammed the UN and WHO for continuing to undermine and delegitimize Israel. “Instead of compiling a professional and objective report, the WHO is being used by those whose only interest is to harm the state of Israel. They are doing so even when this means that they are creating an alternative reality and disseminating vicious lies,” he said. “We will continue to stand up to the incitement spread by anti-Israel entities who are using international institutions to besmirch Israel’s good name.”

The UN ambassador is not the only Israeli leader to come out against the WHO declaration. On Thursday, Knesset Member Yair Lapid called the vote a “modern manifestation of antisemitism” in a letter to WHO Director-General Dr. Margaret Chan. The letter, which was posted on Facebook, also stated, “The World Health Organization has become the latest United Nations affiliated body, after the United Nations Human Rights Council and UNESCO, to allow itself to be used by those who seek to alienate the state of Israel through a campaign of delegitimization.”

Following the vote, the WHO assigned a special delegation to investigate “the health conditions in the occupied Palestinian territory” and “the occupied Syrian Golan,” the results of which will be revealed at next year’s meeting. A series of reports on alleged Israeli crimes, including “the impact of prolonged occupation and human rights violations on mental, physical and environmental health” in “the occupied Palestinian territory,” were also commissioned.

One hundred and seven countries voted in favor of the resolution. The US, Canada, Israel, Australia, Paraguay, Guatemala, Micronesia and Papua New Guinea voted against it. There were eight abstentions and 58 not in attendance.