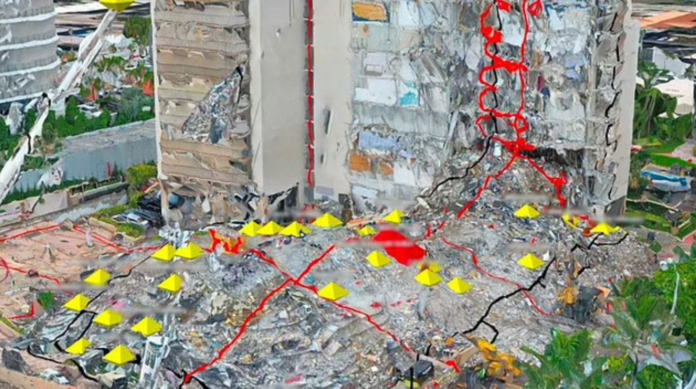 The Israeli military has created 3D images of the Miami condo and then collapsed them to help rescuers identify where victims and even survivors might be.

They were developed by Unit 9900, a secret element of the Israel Defense Forces, that gathers geographical data from satellites and planes.

A team of rescuers from the Israeli army are on the scene of the tragedy at Champlain Towers South in Surfside, Florida where 147 people are still missing.

‘Based on what the rescuers are finding, including artifacts, and what we gather from the families, the unit created the 3-D modeling that is very accurate,’ said Capt. Uri Jospe, 36, a reserves civilian population officer, in comments to the New York Post.