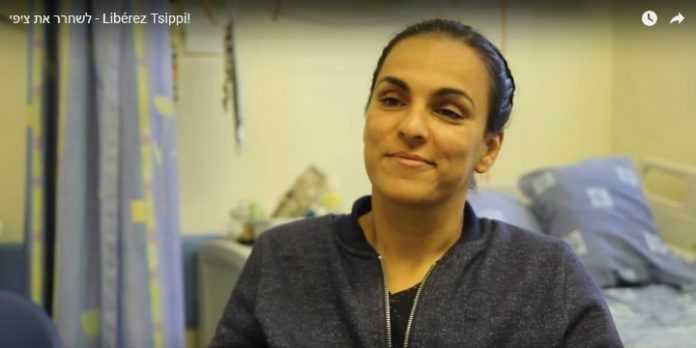 An Israeli crowdfunding campaign on behalf of a policewoman who was paralyzed by a Palestinian terrorist in Yerushalayim last year has reached its goal of gathering one million shekels, the Hebrew news site nrg reported.

The money will go toward the purchase of an accessible apartment for 38-year-old Tsippi Yacovian — a married mother of two — in the Israeli capital.

“Once again, the people of Israel are proving the power of unity,” the crowdfunding page said. “Once again, we are standing side by side in difficult moments. Once again, we are carrying the stretcher together and leaving no wounded person behind in the field.”

Without a home adapted to her medical needs, Yacovian has been stuck in the rehabilitation wing of the Hadassah Medical Center on Mount Scopus since the September 2016 attack. Funds allocated to her by the Defense Ministry were not enough to cover the price of a suitable residence, thus necessitating the crowdfunding effort