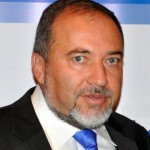 Israeli Foreign Minister Avigdor Lieberman on Wednesday rejected international calls for Israel to investigate the apparent shooting deaths of two Palestinians during a riot in the West Bank town of Beitunia last week. Lieberman also questioned the authenticity of the surveillance video released by a pro-Palestinian advocacy group showing the two men collapsing to the ground.

Referring to U.S. State Department spokeswoman Jen Psaki’s calls for a “prompt and transparent” investigation, Lieberman said, “We do not need an American request to probe the incident. The IDF is the most ethical military in the world.”

“I am sad to see that these demands are not made regarding other incidents,” Lieberman said. “In Syria, 170,000 people have already been killed, and I have not seen any active efforts on the part of the international community to investigate the murders.”

He added, “Hamas executed two civilians in the Gaza Strip, without a lawyer and without a trial. I did not see any demands from the international community to investigate that issue. I reject all these demands and all the hypocrisy that we see now in the world.”

Lieberman noted that the recently released surveillance video “was not released immediately [after the incident], but only after a few days, and that raises questions.”

A senior security official echoed Lieberman’s sentiments in a meeting with the press, Israel Hayom reported. According to the official, there is a “big chance” that the video was staged.