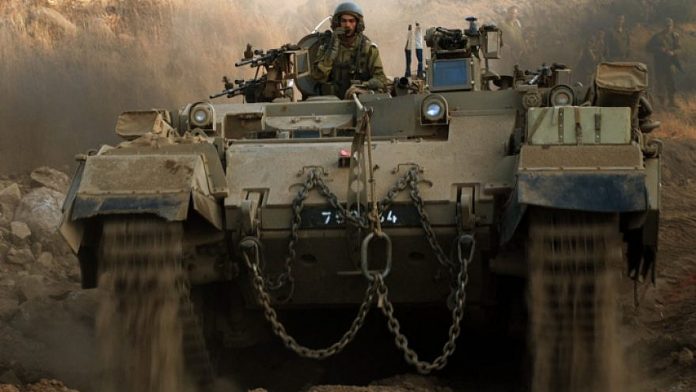 Speaking at a ceremony marking the 13th anniversary of the 2006 Second Lebanon War, Baram noted that “the stable security reality we have established in the sector in the 13 years since the war is proof of our deterrence. … If we are forced into war, we will exact a heavy price from Hezbollah and its patrons, wherever necessary.”

He warned that “Hezbollah continues to grow stronger and establish its forces over the [Israel-Lebanon] border,” but added that “ ‘Operation Defensive Shield’ has dealt it a significant blow,” referring to the IDF’s destruction of a grid of cross-border tunnels dug by the Shi’ite terrorist group.

Despite wielding considerable political power in Lebanon, he continued, the Iranian-backed terrorist group’s allegiances lie with Iranian Supreme Leader Ayatollah Ali Khamenei and not the Lebanese people. He warned that “Lebanon may pay a heavy price for its collaboration with Shi’ite terrorism.”

“Hezbollah has continued to establish its presence in southern Lebanon in violation of United Nations Security Council Resolution 1701 [that ended the Second Lebanon War] and is setting up terrorist infrastructure with the aim of threatening us,” stated Baram. “Hezbollah must understand that we will not allow it to realize the destructive ambitions of its Iranian patrons or any similar ambitions it may harbor itself.”

“The IDF can be proud of its superiority in the sector and of the quality of its commanders and soldiers,” he said.

Israeli Military Intelligence believes the Iranian-backed Shi’ite terrorist group has an arsenal of some 150,000 missiles, capable of hitting targets across Israel.

Director of Military Intelligence Maj. Gen. Tamir Heyman dismissed the threat, saying that the IDF knows about all of Hezbollah’s capabilities, “maybe even better than Nasrallah himself,” adding that some of the weapons with which Nasrallah threatened Israel are not even operational.

Commenting on the military’s intelligence-gathering efforts, Heyman noted that “the vast majority of our intelligence today comes from cyber … and we are only limited by our imagination.”

Leave a Reply to sam the nylic Cancel reply