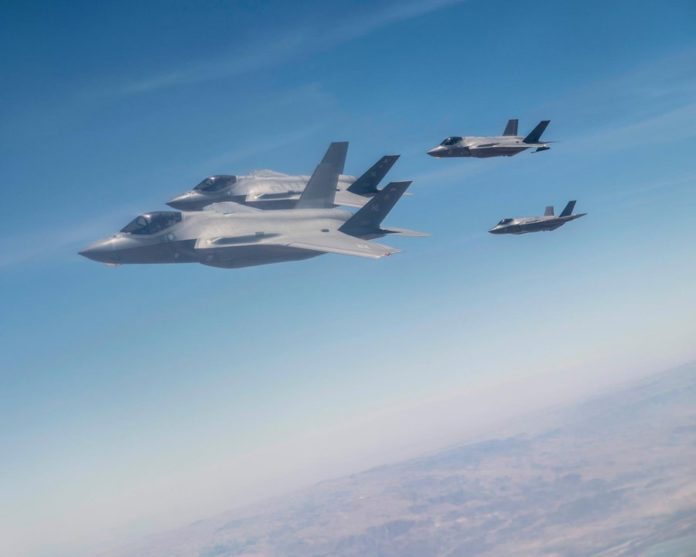 Israeli and German fighter pilots on Tuesday carried out their first joint military exercises in Germany, honoring Holocaust victims and the 11 Israelis slain at the 1972 Munich Olympics.

A formation of aircraft, including Israeli Air Force F-16s and Eurofighter jets from the German Luftwaffe, launched the commemorations with an overfly of the Fuerstenfeldbruck airbase near Munich to mark the Olympic massacre.

They then carried out an aerial tribute above the former Nazi concentration camp at Dachau.

The flyovers kick off nearly two weeks of maneuvers that will see Israeli air forces train on German soil for the first time.