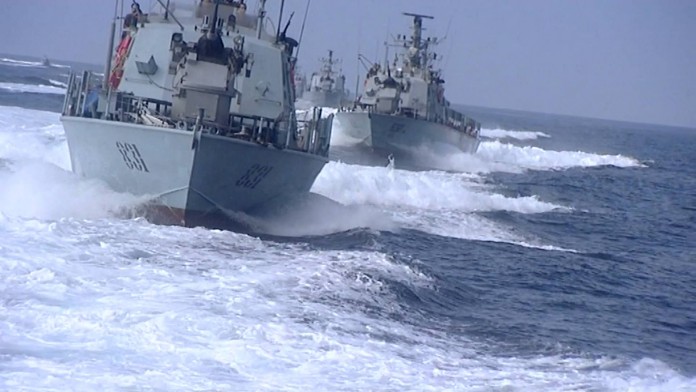 The intensive drill, conducted in Israel, involved practicing ship raids, parachuting into the sea and the participation of an Israeli Saar 5 missile ship.

“The cooperation between the two fleets is reflected in annual drills, reciprocal visits and operational mutuality. During the joint exercises, professional relations are created that contribute to both sides on the strategic level,” Rear Admiral Ido Ben Moshe, head of operations for the Israeli Navy, said following the drill.

The drill with U.S. commandos was one of several recent collaborative military exercises involving the IDF. Israeli Air Force (IAF) jets arrived in Greece this week to participate in an 11-day joint air drill, dubbed “Iniohos 2017,” which includes forces from Italy, Greece, the U.S. and the United Arab Emirates (UAE).

Although the two nations do not have official diplomatic relations, Israel and the UAE last year both participated in the U.S.-hosted “Red Flag” air training exercise.