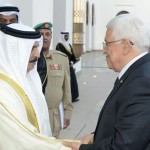 Indirect talks between Israel and Hamas in Cairo to broker an end to the Gaza conflict have so far made no progress, a senior Israeli official said Tuesday.

“The gaps are still very wide,” he said. On Monday, a Palestinian official said the first day of talks had lasted nearly 10 hours. “The negotiations were serious,” he said, adding that the Israelis were insisting on the demilitarization of Hamas, but that the Palestinians had refused.

Another sticking point in the Cairo talks has been Israel’s demand for guarantees that Hamas would not use any reconstruction supplies sent to Gaza to build tunnels of the sort Palestinian fighters have used to infiltrate Israel.