A senior official in the Israeli Foreign Ministry has slammed the U.S. administration for refusing to declare the P5+1 talks with Iran a failure.

The talks between the six world powers – the U.S., Britain, France, China and Russia, plus Germany – and the Iranians have stalled with no date set for the next round of discussions. European Union foreign policy chief Catherine Ashton spoke with Iran’s chief nuclear negotiator on Thursday, but failed to set a date for the next round of talks aimed at having Iran give up elements of its nuclear program. The two agreed to talk again “after further reflection at the end of the month,” according to a statement from Ashton’s office.

The Israeli official said that the senior Americans who had visited Israel in recent weeks had turned down Israel’s request to announce that the talks have failed.

“As long as there is no such declaration, “the Iranians think that they are protected because of the talks,” he said. The source added that many Israeli officials believed the coming elections were the reason behind the U.S.’s refusal to declare that the talks had broken down, as the administration did not want to be responsible for further rises in fuel prices.

Meanwhile,Prime Minister Benjamin Netanyahu said in private consultations that he would prefer that the U.S., rather than Israel, take action against Iran’s nuclear installations.

The prime minister stressed that if Israel was in danger, it had a right to defend itself. “In war, you can prevent strikes, but there is no defending against atomic weapons,” he said. He also reiterated his belief that Iran’s Supreme Leader, Ayatollah Ali Khamenei, was “irrational,” and addressed his critics, saying, “I am not a messianist.”

Sources close to Netanyahu and Defense Minister Ehud Barak have accused President Shimon Peres of “interfering” in talks with the U.S. on the Iranian issue. A source said that the president was opposed to a pre-emptive Israeli strike, and had expressed this position to U.S. and other Western officials.

Netanyahu and Barak were reportedly fuming last week after Peres’ meeting with U.S. Secretary of Defense Leon Panetta, at which he reiterated his opposition to an Israeli strike. Their offices believe that Peres may even be responsible for media reports following Panetta’s visit stating that the Americans feel that Barak and Netanyahu are “ungrateful” for all the U.S. does for Israel. Despite the unprecedentedly close strategic and security cooperation between the countries, Netanyahu has refused to say something positive about U.S. President Barack Obama and repeatedly says that the U.S. is not doing enough on the Iranian issue, according to the reports.

In response, the President’s Residence said Peres “works very closely and in full coordination with the prime minister. He has no desire to be dragged into baseless personal attacks at a time when the people and leadership should be united.” 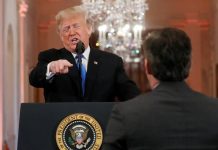 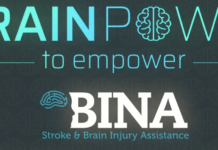