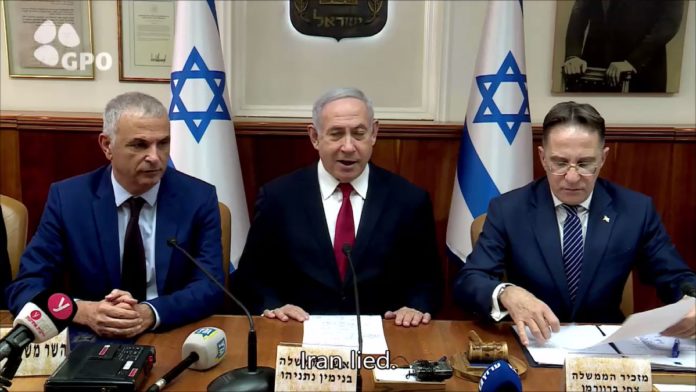 Israeli Prime Minister Benjamin Netanyahu said on Wednesday that US presidential candidate Bernie Sanders was “definitely wrong” to call him a “reactionary racist” during the Democratic debate in South Carolina the previous night.

“I am not intervening in the US election,” Netanyahu told Army Radio. “What I think about this matter is that he is definitely wrong. No question about it.”

The longtime Israeli leader — who heads the right-wing Likud party — noted he had withstood pressure from US presidents who opposed his policies in the past and would be able to do so again in the future, if needed.

Netanyahu is seeking a fifth term in office in next Monday’s Knesset election — the third in less than a year after two inconclusive ballots in April and September. His top challenger is ex-IDF Chief of Staff Benny Gantz, the chairman of the centrist Blue and White alliance.

During Tuesday’s debate, the Vermont senator — who recently emerged as the frontrunner for the Democratic nomination — said a move of the US Embassy in Israel back to Tel Aviv from Jerusalem would “be under consideration” if he was elected president.

“I’m very proud of being Jewish,” Sanders declared. “I actually lived in Israel for some months. But what I happen to believe is that right now, sadly, tragically, in Israel, through Bibi Netanyahu, you have a reactionary racist who is now running that country.”