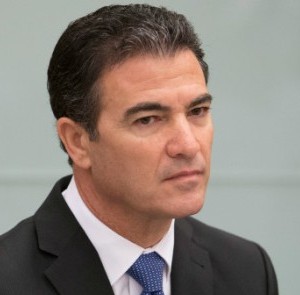 Israeli police have begun planning a massive security operation to protect US President Donald Trump during his two-day visit to the Jewish state later this month, the Hebrew news site Walla reported.

Trump will arrive in Israel on the morning of Monday, May 22. He will be greeted at an official welcome ceremony at Ben-Gurion International Airport that will be attended by Israeli President Reuven Rivlin and Prime Minister Benjamin Netanyahu.

Israel’s airspace will be briefly closed around the time of Air Force One’s arrival. Trump will be coming to Israel from Saudi Arabia, the first stop of his multi-leg first overseas trip as president.

After the welcome ceremony, Trump will likely take a helicopter to Jerusalem, unless weather or other circumstances force him and his entourage to travel by motorcade via Highway 1 instead.

Sites mentioned as potential places Trump might visit during his time in Israel include the Western Wall, Knesset, Yad Vashem, Mount Herzl — all in Jerusalem — and the ancient mountaintop fortress of Masada in the Judean Desert.

According to media reports, Trump may go to the West Bank city of Bethlehem on the second day of his trip, where he could meet with Palestinian Authority President Mahmoud Abbas and tour the Church of the Nativity.

Trump will depart Ben-Gurion International Airport on the afternoon of May 23. Later stops on his trip include Italy and Belgium.

Former President Barack Obama made two trips to Israel during his time in office — an official three-day state visit in March 2013 and a one-day journey last September for the funeral of late Israeli statesman Shimon Peres.