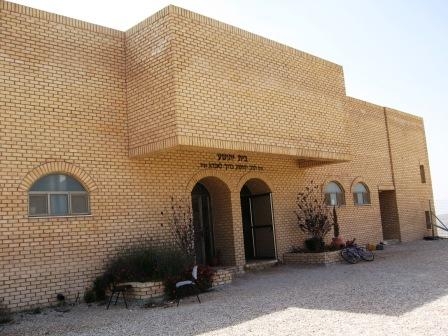 On Tuesday, March 15, in a 3:00 A.M. raid on Yitzhar in the Shomron, a minor was detained at his home while large numbers of ISA, Yassam (Special Forces) Police, and the Central Unit of Yehuda and Shomron Police forces simultaneously raided the dormitories of Yeshivat Od Yosef Chai and detained five students. The yeshiva staff and students describe severe brutality by the policemen with no apparent reason: “It seems as if the goal of the raid was to harass us.”

According to eye-witnesses, the policemen entered the rooms without presenting warrants, woke up the students, and confiscated all of their cell phones and cameras in order to prevent any documentation of the raid.

Yassam policemen ordered two students who left their room to go back in and despite the fact that they did, beat them and knocked them onto the floor. A student who was detained when he left his room despite the demands of Yassam policemen, was brutally beaten, detained, and interrogated on suspicion of assaulting the policemen. He was released in the afternoon at the courthouse by agreement with the police on condition of being banned for three days from entering the Shomron.

Another student was detained on suspicion of not obeying orders to stay in his room during the raid and was punched by several policemen.

Two students, who denied all charges, were detained on suspicion of involvement with two recent clashes between Arabs and Jews in the area of Yitzhar. They were unconditionally released later in the morning after being interrogated by the Central Unit of the Yehuda and Shomron Police.

Policemen demanded that a 14 year old student take a key to a room in the yeshiva from another student. When he refused, a police detective punched him in the stomach, decided that a few small firecrackers in the room were his, and served him with a summons to an interrogation. Prior to Purim, it is a common practice for Jewish youths throughout Israel to purchase firecrackers. Despite the fact that they are prohibited by law, possessing them rarely leads to either detention or interrogation.

The policemen confiscated approximately 10 Purim firecrackers and a “Lederman” pocket knife. Honenu’s legal staff asserts that keeping a Lederman pocketknife in a residence does not constitute a violation of any sort and that its confiscation was illegal. During the search the policemen also indiscriminately spilled out the contents of closets and threw the students’ bedding onto the floor.

Two students were summoned to interrogations on suspicion of possessing Purim firecrackers. Two 14 year old students were giving a warning talk by “Avichai”, a coordinator in the Jewish Department of the ISA, who demanded that they not befriend a youth residing in Yitzhar whom the ISA claims is dangerous.

The injured students intend to file a complaint with the Police Investigation Unit and are considering filing a civil suit against the policemen for brutality.