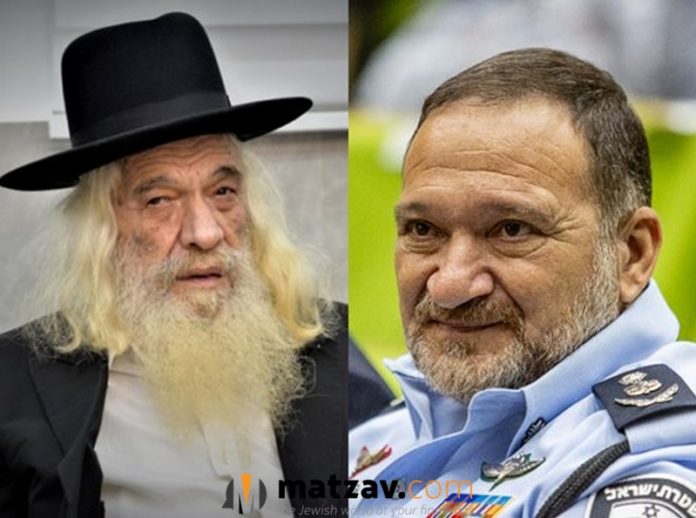 Israel’s Commissioner of Police, Kobi Shabtai, met with the leader of the Peleg Yerushalmi, Hagaon Rav Asher Deutsch, at his residence in Bnei Brak. The meeting was also attended by the police rov, Rabbi Rami Brachiahu.

The police said that Rav Deutsch heard from the commissioner about the steps taken by the police to provide better police services to chareidi society in all its forms.

In addition, the two discussed the challenges of the police and its many tasks in maintaining law and order. According to the police, additional meetings are expected with the heads of the chareidi community in Israel.

One week ago, the Commissioner met with the Rebbe of Gur at his residence in Yerushalayim. The meeting was held against the background of certain riots and attacks that erupted in recent weeks.