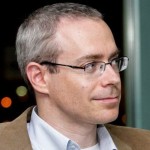 Israeli Prime Minister Bibi Netanyahu froze the appointment of his new national director of hasbarah (public diplomacy), Dr. Ran Baratz, in the wake of comments Baratz made about President Barack Obama and Secretary of State John Kerry on Facebook.

Baratz, who was appointed Wednesday, wrote in the wake of Obama’s reaction to Netanyahu’s March speech to the U.S. Congress that “this is what modern anti-Semitism looks like in Western liberal countries. And of course, it comes with a lot of tolerance and understanding toward Islamic anti-Semitism. So much tolerance and understanding, until they are even willing to give them nukes.”

In October of 2014, he also wrote about a speech in which Kerry correlated Israel with the Islamic State that “after his term as secretary of state he is certain to have a flourishing career in one of the stand-up comedy clubs in Kansas City, Mosul, or the Holot detention facility.” He reportedly said Kerry had “the mental age of a 12-year-old.” In a more recent comment, Baratz mocked Israeli President Reuven Rivlin.

According to a State Department spokesman, the U.S. government has found the comments both “troubling and offensive,” and Netanyahu himself issued a statement that “those posts are totally unacceptable and in no way reflect my positions or the policies of the Government of Israel.”

Baratz has since apologized “for the hurtful remarks,” saying that “these postings were written hastily and sometimes humorously, in a manner appropriate for a private person writing on the Internet. It is clear to me that in a government position one must act and express oneself differently.”

Baratz was previously fired from a lecturer position at Hebrew University of Jerusalem amid allegations that his right-wing political views may have been the reason for his dismissal. He is a founder of the politically conservative Israeli website Mida.

In an editorial by the current English-language editor at Mida, Avi Woolf, on Thursday for the Times of Israel, Woolf defended Baratz, writing that although Baratz did issue harsh criticisms, “everyone, in the U.S. and elsewhere, does so—both in an official capacity and otherwise. Senior U.S. officials calling Bibi ‘chickensh*t,’ the old habit of Israeli political rivals calling each other Nazi or fascist or murderer, and many, many others—these are the familiar barbs of politics.”