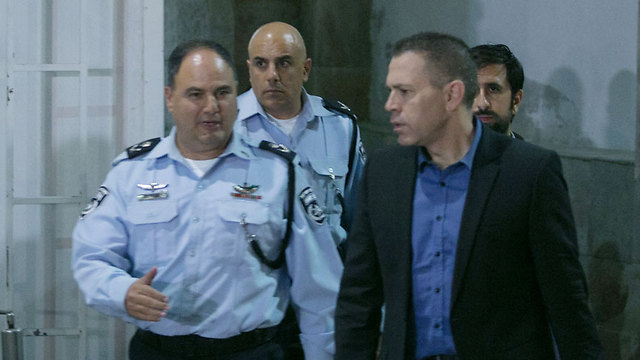 “It is inconceivable that an organization that incites and supports terrorism and that shares the same ideology as the Islamic State terror group is active in Israel,” said Minister Erdan. “I intend to do everything in my power to outlaw the organization.”

According to the Public Security Ministry, Erdan is scheduled to hold a meeting with the Jerusalem District Police in which they will outline a course of action as to how to execute the ban.

Hizb ut-Tahrir is an international political organization dedicated to pan-Islamism. The Sunni Islamic organization’s stated goal is the establishment of an Islamic Caliphate from North Africa to Southeast Asia, much like the Islamic State.

The organization was founded by Taqiuddin al-Nabhani in Jerusalem in 1953 when the city was under Jordanian occupation and has since then grown and spread with a branch on every continent. In Israel, the organization is active mostly in Jerusalem and specifically on the Temple Mount compound, which includes the Al-Aqsa mosque.

Al-Nabhani also wrote the organization’s constitution, which serves as the draft constitution of the potential caliphate as well. The constitution calls for the complete eradication of the State of Israel without compromise.

Hizb ut-Tahrir was an unlawful organization in most Arab countries until the Arab Spring of 2006 and it is only legally currently legal in Lebanon, Yemen, and the United Arab Emirates. The organization is also outlawed in several European countries, including in France and Spain, while it is considered a terror organization in Russia and Kazakhstan.

According to the Public Security Ministry, Erdan recently saw intelligence about Hizb ut-Tahrir that highlighted the activity of the organization on the Har Habayis.

“Leaders of the organization hold regular classes and preach on the Temple Mount and their influence in that compound is growing,” said a Public Security Ministry spokesperson. “These sermons and classes are of a radical and inciteful nature; they encourage terrorism and challenge Israel’s right to exist.”