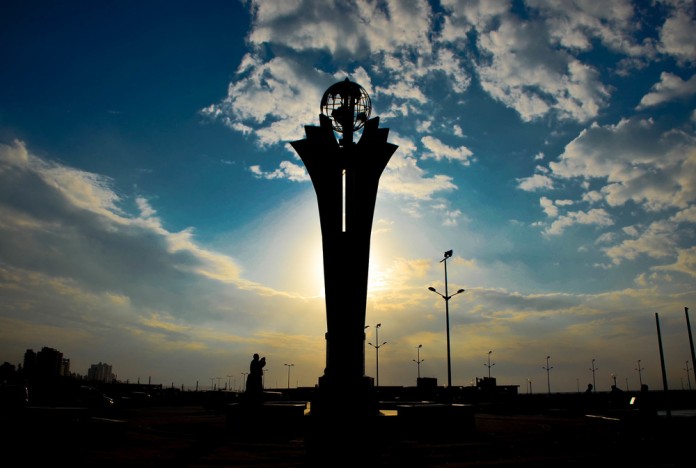 The leaders of the Rabbinical Congress for Peace stated this week that “a situation in which millions of Jews are being held hostage by terrorists is unacceptable.” The RCP is an organization of over 400 rabbis founded in 1993 by many of the most prominent rabbis in Israel.

While government officials claim that there is no solution to the situation in Gaza, the rabbis insist that there is.

“In order to find a solution to the problem, the government must first acknowledge the root of the problem,” said Rabbi Yirmeyahu Cohen, a rabbinical judge in Israel and a leading member of the RCP. “The original sin and root of all problems is the delusional theory that withdrawing from territories brings peace and security. According to the Torah, the sanctity of life takes precedence over all other considerations. That is why Jewish law forbids withdrawal from territory when it poses a danger to the lives of millions of Jews as well as non-Jews in Israel,” said Cohen.

“We have sounded the alarm repeatedly. We have urged the government to proclaim loudly and clearly that past withdrawals were a bitter mistake and will never be repeated. As long as the government does not acknowledge this, peace and security in the region cannot be achieved. All those Knesset members who voted in favor of the disengagement from Gaza must ask forgiveness from the people of Israel. They must take personal responsibility for the recent spilling of innocent blood,” he said.

“We fully agree with Gen. (ret.) Gershon Cohen, who was in command of the disengagement at the time, yet after the event did not hesitate to proclaim publicly that ‘the disengagement was a bitter mistake. It caused the bloodshed of innocent people. I apologize from the bottom of my heart that I lent my hand to carry it out, and I shall do everything in my power to ensure that such an atrocity will never occur again.’ That is an admirable and courageous statement that is expected of everyone who was in favor of the disengagement,” said Rabbi Cohen.

Rabbi Joseph Gerlitzky, chairman of the RCP, showed the assembled rabbis the letter he received from then Prime Minister Ariel Sharon before the disengagement, in which Sharon writes: “I initiated the disengagement from Gaza because it is the best way to fundamentally change our national situation, and it will have a positive effect on Israel’s security, its economy and quality of life.”

“Yes,” said Gerlitzky sadly, “the disengagement had a positive effect on security and quality of life: thousands of missiles that reach deep into Israel, causing citizens to panic and run to bomb shelters.”

Gerlitzky recalled the words of the late chief rabbi of Bnei Brak Rabbi Moshe Landau, who also participated in a delegation that met with Sharon prior to the disengagement.

Landau described to Sharon in accordance with Jewish law exactly what would happen if he were to go through with his dangerous plan. “It’s amazing,” he said, “time after time, to contrast the forecasts of ‘the leading security experts’ with the truth of the eternal Torah.”

In that spirit, Rabbi Abraham Schreiber, who was the rabbi of Gush Katif, criticized the government’s weak response to terrorism: “Our Torah never says ‘there is no solution’; it provides a real and clear solution for durable security. As if it were a sign from Heaven, precisely the security forces who were busy destroying Gush Katif and expelling Jews from their homes cannot carry out their mission of providing adequate security for the people in Israel. It’s time for the government to abandon the futile ‘land for peace’ formula and choose life.”

In his words: “Those who thought that they could achieve security and peace by ‘running away’ from Gush Katif, now have to run from Ashdod, Kiryat Gat, etc. Running away from the problem is not the Torah way. The Torah way is to proclaim that we will stand firm and strong by our inherent right to Eretz Israel and nothing will chase us out of here. That is the only way reach peace and stability in the region.”

Leave a Reply to Torah is true Cancel reply