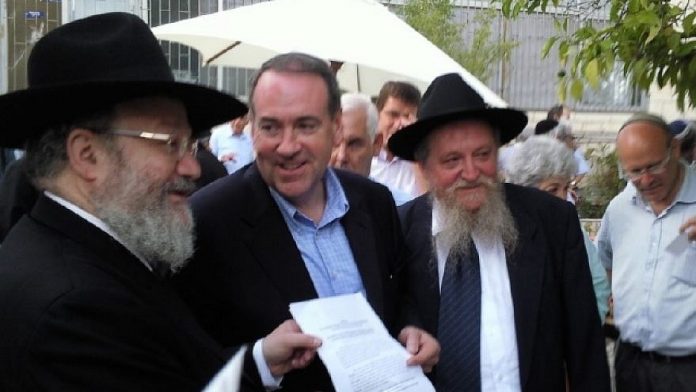 The heads of the Rabbinical Congress for Peace (RCP), which comprises nearly 400 rabbis, held an urgent meeting in Tel Aviv on Dec. 17 following the wave of terror that has swept Israel in the past week. The rabbis stated that it was a direct consequence of Israel’s weakness in the face of terrorism in recent years, culminating in its surrender to Hamas attacks in recent months.

Jewish law states that “when enemies threaten Jewish cities regardless where they may be, in Israel or outside Israel, one must respond immediately with the greatest determination and with all the means available to us, without any considerations whatsoever, be it public or world opinion. Any other response is like treating a cancer patient with an aspirin, and would only encourage enemies to increase terror and murderous infiltrations into Israeli territory,” they said.

The rabbis demand that the government, as a first step, immediately declare the annulment of the Oslo Accords. “The root of all of Israel’s security problems in the last 25 years is the disastrous Oslo accords,” they stated.

Rabbi Joseph Gerlitzky, chairman of the RCP, called on Israeli Prime Minister Benjamin Netanyahu to immediately make a public retraction of the “two states for two peoples” formula and of the “Oslo Accords,” declaring that they will never again be on Israel’s agenda.

Rabbi Avraham Schreiber, a rabbi of the Shavei Darom settlement and a former rabbi of Gush Katif, warned that Israel is operating as if it is Switzerland, and follows orders of legal advisers and spinmeisters.

“How much more blood must be spilled, G-d forbid, so that the Israeli government will understand that it is in a state of emergency, and act as such – launch a real and uncompromising war against every terrorist body in Gaza and Ramallah alike?” he asked.

Rabbi Shalom Gold, a prominent rabbi in the Har Nof neighborhood of Jerusalem and a leading member of the RCP, announced that the rabbis of the neighborhoods and cities throughout the country will launch a special campaign to cultivate the Jewish value of “one who comes to kill you, kill him first” to counter the distorted justice values of the High Court of Justice and its proxies, which have plunged the Israel Defense Forces and Israel into an unprecedented low.

“We will not rest until the values of the Torah of Israel, which is the Torah of life, will be implemented in Israel’s security system and will bring true security to its residents,” said Gold. JNS.ORG