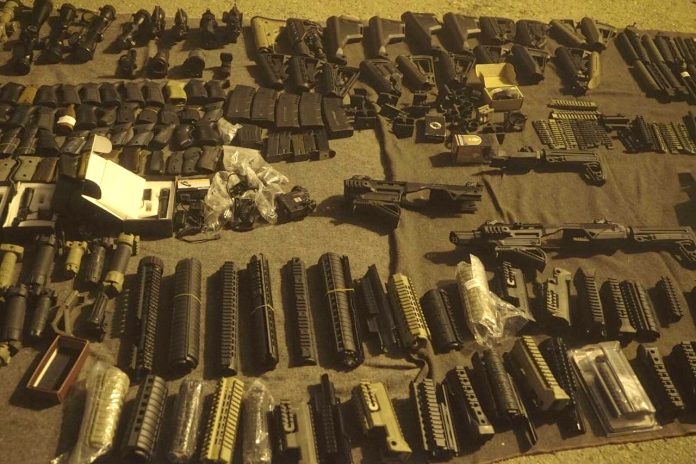 A months-long joint operation between the Israel Defense Forces, the Shin Bet security agency and the Israel Police to bring down a vast Palestinian terrorist weapons-smuggling network in the West Bank and Gaza concluded Tuesday, with Israeli forces seizing of hundreds of illegal or restricted weapon parts and combat accessories as well as arresting nine people.

The operation, which began last summer, was initiated after Israeli customs officials uncovered packages holding weapon parts. The smugglers had labeled the packages as “plastic parts” or “cloth manufacturing.”

According to Israeli authorities, the smugglers ordered equipment online from undisclosed countries and shipped the materials to the Ashdod port in Israel. From there, the parts were sent by mail or other delivery systems to recipients in the Balata or Casbah refugee camps in Nablus, Yedioth Ahronoth reported.

Since Israeli security forces began cracking down on illegal weapons last year, they have seized some 500 weapons (not including the latest operation) while also uncovering 50 weapons-manufacturing factories. JNS.ORG