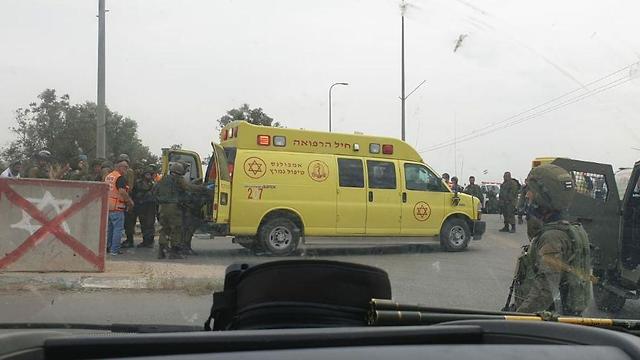 An Israeli soldier was moderately hurt in a ramming attack today near an IDF checkpoint in the West Bank, Ynet reports. Another IDF soldier at the scene shot and neutralized the perpetrator, who later succumbed to his wounds.

The terrorist is a 19-year-old youth who lives in the area. He reportedly left behind a suicide note.

The attack took place not far from the settlement of Negohot in the Har Hevron Regional Council.