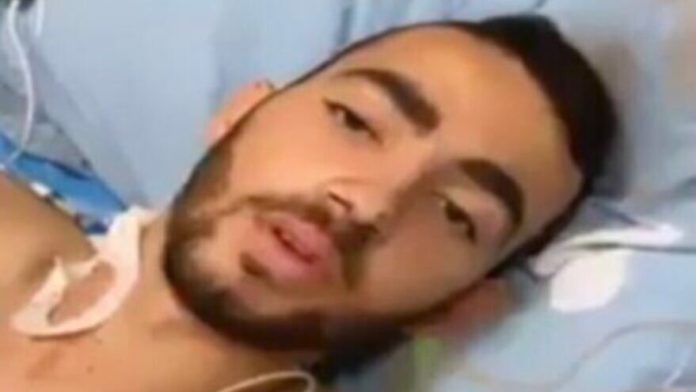 An Israeli soldier who lost his leg after being wounded in a terrorist attack in Judea earlier this month has been released from intensive care.

In a video message sent from his hospital bed at the Soroka Medical Center in Beersheva, 20-year-old Shadi Ibrahim, of the Druze town of Sajur in northern Israel, said, “I came out of intensive care, now everything’s fine with me. I’m alright.”

Ibrahim was seriously wounded in a vehicular assault on a military post near the town of Negohot in the south Hebron hills on May 14. The assailant, a 19-year-old area resident, was shot and killed by one of the soldiers on the scene, according to the Israe Defense Forces.

Ibrahim was evacuated and placed on a ventilator, ultimately undergoing numerous surgeries, including the amputation of one of his legs.

When he woke up after the amputation, Ibrahim said, “I feel good. I know I lost my leg. I want to return to my soldiers. Nothing will break me,” according to Ynet.

Ibrahim is a member of the IDF Armored Corps unit. JNS.ORG