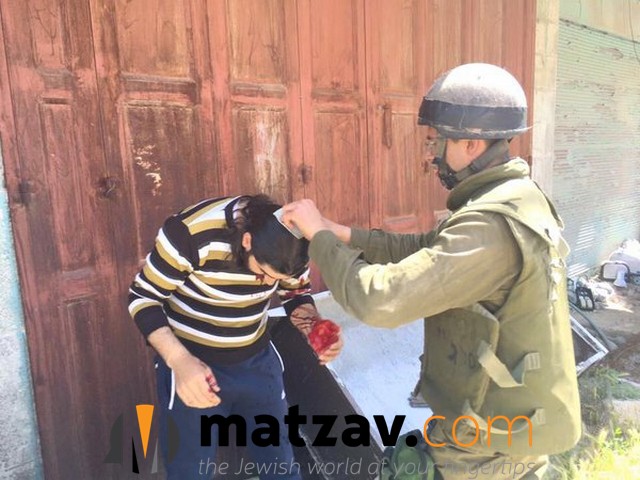 Israel Defense Forces soldiers came to the aid of a Palestinian man who had been attacked because he was thought to be Jewish, Israel’s Ministry of Foreign Affairs (MFA) revealed on Twitter on Tuesday.

A picture posted by the MFA shows an Israeli soldier tending to a wound on the victim’s forehead, while another image shows the soldier applying pressure to the back of his head. The Palestinian, who is seen in a later photo wearing a bandage wrapped around his chin, has blood stains on his face, arm and shirt.

The MFA linked to a Facebook post which provided more details about the incident. According to the post, the Palestinian man was injured by rocks thrown at him by fellow Palestinians, who had mistaken him for a Jew. The MFA also clarified that the facts about the incident were “contrary to what was published” by the Palestinian news outlet Quds News Network, which claimed in a Facebook post on Monday that the Arab Hebron resident was attacked by “Jewish settlers.”