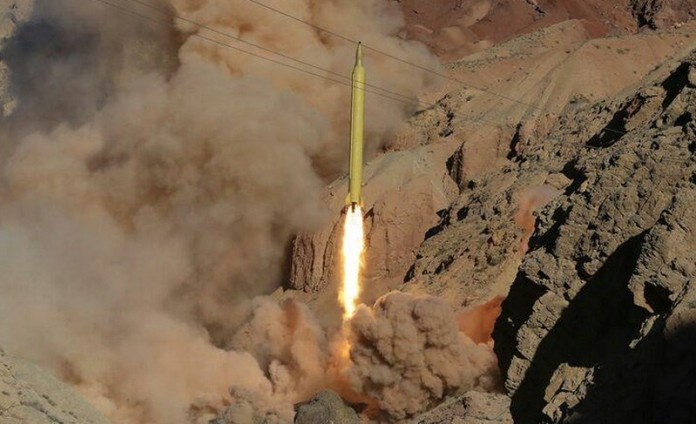 Iran’s much-vaunted missile strike on Islamic State targets in Syria late Sunday was a flop, with six of the seven medium-range missiles it fired failing to hit their target, Israeli sources said Monday.

Sources quoted in Hebrew media on Monday evening said three of what they said were the seven ballistic missiles didn’t even make it as far as Syria, falling to earth in Iraq, and only one of the seven landed in its intended target, an Islamic State base in Syria’s mostly IS-held Deir Ezzor province. Another of the seven landed hundreds of yards away, in the city of Mayadin.

“If the Iranians were trying to show their capabilities and to signal to Israel and to the Americans that these missiles are operational, the result was rather different,” Channel 2 analyst Ehud Yaari said. It was “a flop,” said Ya’ari. “A failure.” Still, he added dryly, “it photographed well.” Read more here.