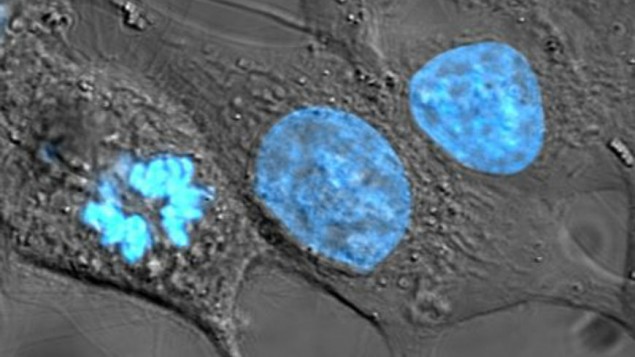 A groundbreaking study at Israel’s Sheba Medical Center at Tel Hashomer has determined that a targeted cancer therapy drug developed in partnership with pharmaceutical companies AstraZeneca and Merck & Co. Inc. delays the progression of a specific strain of pancreatic cancer, offering “potential hope” for patients suffering from the 12th most common cancer worldwide.

Talia Golan, head researcher at the Sheba Medical Center Pancreatic Cancer Center, has been testing the safety and efficacy of a new treatment regimen based on olaprib tablets, a medication which attacks a certain enzyme important for the cell development of several forms of cancer.

The study was conducted among 154 patients with metastatic pancreatic cancer who also carried the BRCA1 and BRCA2 genetic mutations, which seriously elevate the risk of breast and ovarian cancers in women.

Research found that those with the mutations lived an average of 7.4 months without pancreatic cancer progression, compared to 3.8 months in the placebo group. The scientists said the results provide “potential hope” for this specific subset of pancreatic cancer patients.

Median survival in the two groups was not drastically different—18.9 months in the test group versus 18.1 months in the placebo group.

Golan presented her findings at the American Society of Clinical Oncology (ASCO) annual conference on Sunday in Chicago, the same day the findings were published in The New England Journal of Medicine.

Pancreatic cancer is the fourth leading cause of cancer death, with a five-year survival rate of nine percent.