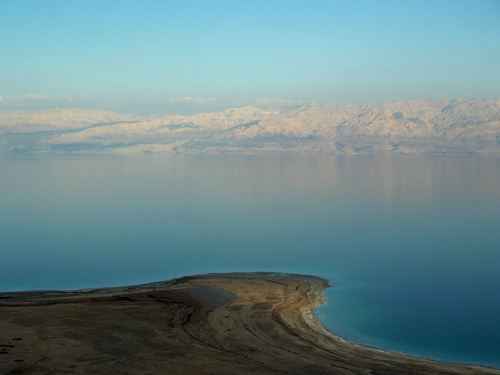 Israel saw a 96 percent drop in tourism in September compared to the same period last year, recording only 15,100 tourist entries into the country, according to the Israeli Tourism Ministry.

From January to September, 783,000 entries were recorded—a 76 percent drop from the 3.3 million people who visited the country during the same period last year, the ministry said in a statement on Wednesday, adding that the steep decline equates to a cumulative revenue loss of NIS 12.1 billion (about $3.6 billion) for the period.

Incoming Israeli Tourism Minister Orit Farkash-Hacohen, who assumed office on Oct. 2, said that the country’s tourism sector had been among the hardest hit by the pandemic.

“Tourism is an important economic industry, of the utmost significance for the Israeli economy, and [has been] one of the main victims of the corona crisis,” she said.

Farkash-Hacohen, who previously served as Strategic Affairs minister, was appointed to her new role following the recent resignation of Assaf Zamir.

Tourism, she said, should not be seen as something merely “nice to have,” but rather as part of the solution to the country’s economic woes, including record-high unemployment. To that end, she said that among her first acts had been to hammer out a lockdown exit plan for the sector, in cooperation with the Health Ministry.

“As I begin my term as tourism minister, the incoming tourism statistics are very bad. One of my first steps in the position was to reach an agreement with the health minister on presenting an exit strategy outline for the industry. The possibility is being examined that the outline will include ‘green islands’ that will facilitate isolating tourist cities at both their entrance and exit and create an area that allows for a healthy and economic vacation,” she said.

The outline also emphasized the importance of reopening the country’s tzimmerim, or “vacation cottages,” she said, as “in our opinion, it is healthier for a family to drive to a tzimmer than to visit grandparents—for their health and emotional well-being.”

The tourism ministry, she said, “will do whatever we can to ensure a speedy, efficient and quality return within the confines of the virus that has entered our lives.”

Israel’s coronavirus Cabinet on Tuesday voted to extend the country’s COVID-19 lockdown, which began on Sept. 18, until midnight on Sunday and agreed to hold a preliminary discussion on the Health Ministry’s phased exit plan on Thursday.

The Health Ministry released its eight-stage lockdown exit plan on Saturday, detailing a gradual easing of restrictions over a four-month period, contingent on morbidity data. The first stage of the plan can be put into action once daily coronavirus cases drop to 2,000.

Based on Health Ministry data, the country reached that goal on Wednesday, with 1,994 new cases recorded. However, Israel’s National Coronavirus Project Coordinator Ronni Gamzu told Army Radio on Thursday the target figures would need to be met for an entire week.

In a video message posted on Wednesday to his official Twitter feed, Israeli Prime Minister Benjamin Netanyahu said that while the data indicate the lockdown is working, lifting the restrictions must be done “cautiously, responsibly and gradually.”

In a conference call on Wednesday night, the coronavirus cabinet approved an amendment to the “Restrictions on Activity at Airports and Flights,” according to a joint statement released on Thursday by the Prime Minister’s Office, Health Ministry and Transportation Ministry.

The amendment determines that as of Friday, Oct. 16, the emergency ordinance restricting entry to the airport for those who have not met the defined criteria will be canceled. As of that date, the statement said, it will be possible to leave one’s home for a flight up to eight hours before the planned departure.