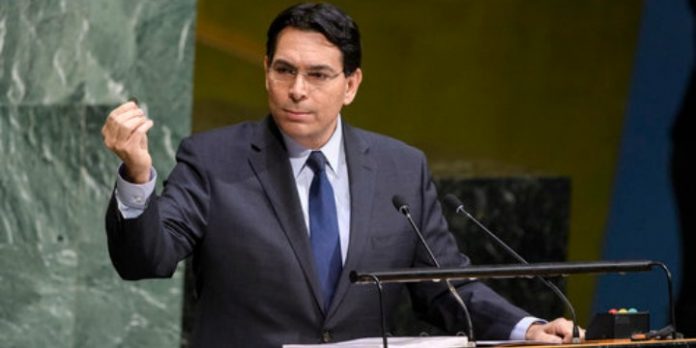 “Refusing to acknowledge the right of the Jewish people to self-determination in the Land of Israel keeps us from forging peace in the future,” Danon said.

Israel, Danon pointed out, was “ready to talk.”

“And we are ready to create a better future for our children,” he added.

At the start of the meeting, a moment of silence was held for Lori Gilbert-Kaye, the Jewish woman who was killed on Saturday’s shooting attack at a synagogue near San Diego.

“It is unacceptable that we live in a time in which worshipers must be on guard, or look behind their backs while praying, out of fear of being shot,” Danon said at the start of his remarks. “We pray for Chabad of Poway and stand with the families affected during this painful time.”