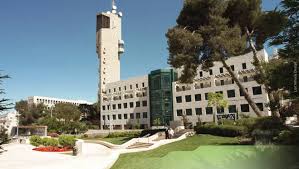 Two Israeli academic institutions appear on the latest list of the world’s top 100 universities — the prestigious 2016 Academic Ranking of World Universities (ARWU), which was issued on Monday.

The ARWU, which ranks the world top 500 universities annually, placed the Technion — Israel Institute of Technology in the 69th spot, up eight spots from last year’s ranking of 77th. The Hebrew University of Jerusalem dropped 20 places to the 87th place, ranking below the Technion, but above the rest of the Israeli institutions.

The Weizmann Institute of Science maintained its position from last year, and was ranked among the leading 101-150 group, and so did Tel Aviv University, which kept its spot in the 151-200 group. Ben-Gurion University ranked in the 401-500 group. Last year, Bar-Ilan University was ranked in the last 100 group, but in 2016 failed to enter the list.

“The Shanghai ranking, the leading ranking in the world, continues to flatter the Technion,” said Technion President Professor PeretzLavie. “I am particularly pleased at the recognition of the Technion’s place as one of the world’s leading institutions in the fields of engineering and specifically in the field of electrical engineering and electronics.” JNS.ORG