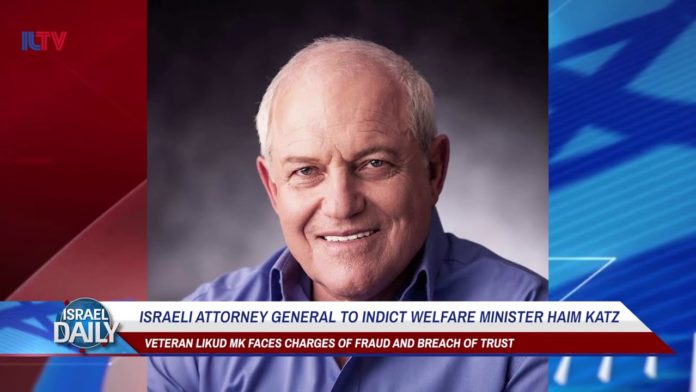 Israeli Welfare and Social Services Minister Haim Katz announced his resignation on Friday, days after the attorney general announced intentions to indict him on charges of fraud and breach of public trust.

“Dear friends and family, even though I do not have a legal duty to do so, I have decided to resign from my position as Minister of Labor and Welfare. I will continue to serve as a member of Knesset,” Katz wrote in a lengthy Facebook post hailing his innocence and his record during his tenure in cabinet.

“In all my activities as a minister and as a member of Knesset, I have acted in a matter-of-fact and impartial manner for the benefit of the public- including the employees, the pensioners, and the have-nots.”

Attorney General Avichai Mandelblit on Wednesday announced plans to indict Katz following a lengthy corruption investigation requested that he step down from his cabinet post.