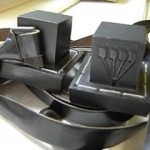 A Jewish family from Yerushalayim who wanted to tour Jordan informed the Israeli Foreign Ministry that when they were about to enter the country via the Yitzchak Rabin Border Terminal near Eilat, they were asked to remove their yarmulkas and leave them with the Jordanian guards.

Another Israeli who crossed the border the same day was asked not to bring his tefillin with him. Foreign Ministry spokesman Emmanuel Nachshon said in response to the claims that the ministry would discuss the incidents in which “ritual objects were confiscated from Israelis by Jordanian police.”

Nachshon said that “one option that will be examined is to hold a friendly conversation with the Jordanian ambassador.” The events are the latest in a string of similar incidents in which Jordan prevented Israelis from carrying Jewish ritual objects such as tefillin, talleisim and yarmulkes into the country.