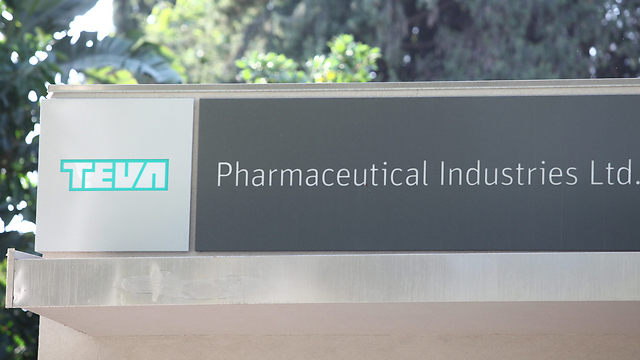 Debt-ridden Teva, one of Israel’s largest companies and the world’s largest generics drugmaker, said last week it would cut its global workforce by more than a quarter, or 14,000 jobs.

Some 1,700 jobs will be cut and a manufacturing site will be closed in Israel. This has angered unions and politicians, who believe Teva’s employees should not pay for the company’s failed investments abroad.

Sunday is the beginning of the Israeli work week. Hundreds of thousands of workers went on strike until 12 noon (1000 GMT) and many held solidarity rallies outside Teva facilities.

Protesters also blocked major roads across the country, including the entrance of Jerusalem, and burned tires outside many Teva offices. Demonstrators sat in the middle of streets and crosswalks, halting traffic in a number of cities.

The Histadrut labor federation said hundreds of Teva workers in its Jerusalem plant were squatting inside and would continue a strike again on Monday, while there will also be strikes at other Teva facilities.

The Tel Aviv Stock Exchange shortened its trading day, opening at 1 pm and closed as usual at about 4:30 pm. Teva’s shares fell 0.8 percent.

Departing flights at Tel Aviv’s Ben Gurion Airport between 8 a.m. and at least 12 p.m. were either canceled or delayed. Similarly, no flights were allowed to land until after 12 p.m.

Trains and buses were initially supposed to strike as well, but the Histadrut allowed public transit to operate so that soldiers could get back to their bases as usual.

“We are fighting on behalf of Teva’s workers to save Israel’s industry … and to convey the message that layoffs are the last and not the first step in the public and private sectors,” Histadrut chief Avi Nissenkorn said.

He called the current crisis the fault of Teva’s management and board, adding: “It is the state’s responsibility to prevent thousands of Israeli families from paying the price for this.”

Prime Minister Benjamin Netanyahu said he planned to meet with Kare Schultz, Teva’s chief executive, this week to try and minimize the blow to workers.

“We need to do everything possible to prevent the closure of plants in Jerusalem,” Netanyahu said at the outset of a cabinet meeting, adding Teva should remain based in Israel.

Schultz said Teva would maintain its headquarters in Israel.

Saddled with nearly $35 billion in debt since acquiring Allergan’s Actavis generic drug business for $40.5 billion, Teva made a series of changes after Schultz joined as its new chief executive on Nov. 1.

Its two-year restructuring plan is intended to reduce Teva’s cost base by $3 billion by the end of 2019, out of an estimated cost base for 2017 of $16.1 billion.

Nissenkorn said he would meet with Israel’s finance and economy ministers, along with the Teva workers union, on Monday.