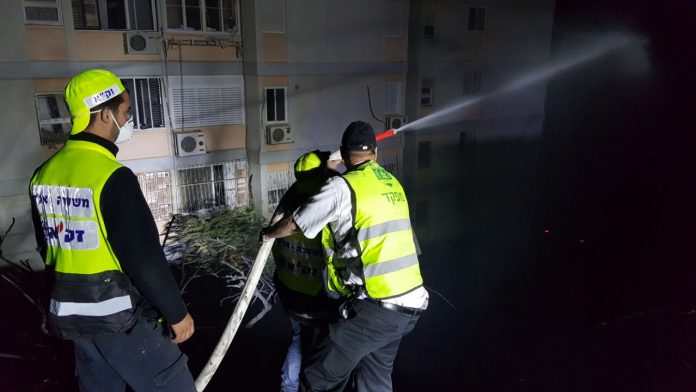 Several of Israel’s Arab and Muslim allies have sent firefighting equipment to help put out the raging fires across the Jewish state in a show of regional cooperation and solidarity.

Israeli Prime Minister Benjamin Netanyahu announced Friday that Egypt will send two helicopters, while Jordan is dispatching a number of fire trucks to battle the blazes. Azerbaijan, a Muslim-majority nation and one of Israel’s closest allies in central Asia, announced Friday that it sent BE-200CS amphibious aircraft to Israel, the Azeri News Agency reported. The moves by Egypt, Jordan, and Azerbaijan come after Turkey sent firefighting aircraft to Israel Thursday.

The Palestinian Authority is also contributing to the firefighting effort, sending several firefighters from the West Bank to battle blazes in northern Israel.

The show of solidarity from Arab and Muslim allies was a welcome sign for Israel after Arabic-speaking social media users had used the hashtag “Israel is burning” to celebrate the fires raging across the Jewish state.

Israel has also received help from a number of its non-Muslim allies in Europe. The Conference of Presidents of Major American Jewish Organizations expressed gratitude to the countries assisting the Jewish state.

“Among those nations sending firefighters and equipment were Azerbaijan, Bulgaria, Croatia, Cyprus, Egypt, France, Greece, Italy, Jordan, Palestinian Authority, Romania, Russia, Turkey, Ukraine” and the U.S., the Conference of Presidents said in a press release, noting that Israel “has often responded when other countries faced natural disasters or violent attacks.”

“The outpouring of international support for Israel in response to the widespread threats to the safety and property of tens of thousands of Israelis is an example of international cooperation at its best,” said Conference of Presidents leaders Stephen M. Greenberg and Malcolm Hoenlein. JNS.ORG