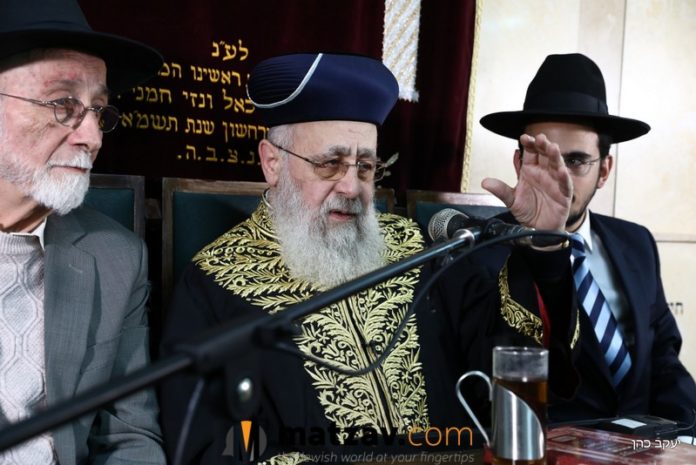 Israel’s Chief Rabbinate has threatened to halt the ordainment of new rabbis if the country’s High Court of Justice forces it to grant rabbinical training to women.

The rabbinate’s statement last week followed a petition by women scholars seeking to be ordained as rabbis. In response to the petition, Attorney General Avichai Mandelblit said that the state was in favor of the move, but that “the current circumstances, in which the Chief Rabbinate handles the [ordainment] process, place legal hurdles” in the way.

The state, he said, will work to establish an alternative set of rabbinical exams that will be open to women.

The rabbinate, however, rejected the idea outright, saying there is “no place” for female rabbis in Judaism.

It further warned that “if there is a legal directive that would require us to ordain women as rabbis in violation of [Jewish law], the rabbinical ordination system as a whole will cease its operations until the proper legislation regulating this issue is in place.”

Orthodox Jews are adamantly opposed to allowing women to serve as rabbis, arguing that it is a violation of Jewish law.

Sephardi Chief Rabbi Yitzhak Yosef, who presides over the rabbinate, has reportedly instructed the relevant professional bodies within the establishment to mount every possible objection to the move.

The petition, filed by the ITIM Jewish Advocacy Center, the Ruth and Emanuel Rackman Center for the Advancement of Women’s Status at Bar Ilan University and the Kolech Center for Women’s Leadership, said that by excluding women from the rabbinical training process, the rabbinate was promoting discriminatory practices.

“This reality creates a professional barrier within various religious positions as well as in the public sector, where being ordained as a rabbi meets various employment criteria,” the petition said.

The High Court of Justice is set to hear the petition later this month. Ahead of the hearing, the State Attorney’s Office has set up meetings with officials in the rabbinate, the education, religious services, and higher and secondary education ministries, as well as the Civil Service Commission, in an effort to formulate a rabbinical training path catering to women.

ITIM Founder Rabbi Shaul Farber told Israel Hayom, “Reality speaks for itself. More and more scholarly women are taking on halachic leadership roles—this is a great boon to the Torah world, which is becoming richer for the faithful public. The state’s response gives hope to change this absurdity, wherein it is the Chief Rabbinate in Israel that seeks to prevent the Torah world from flourishing. We hope that the tabbinate will take on the mantle of promoting the issue. We will examine the merits of any solution proposed as part of the petition.”