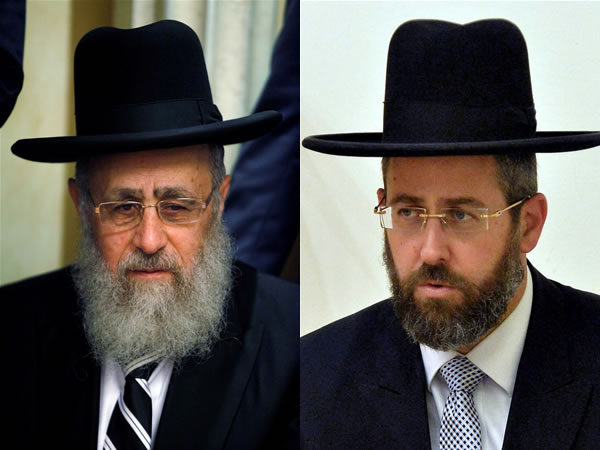 Israel’s two chief rabbis, Ashkenazi Chief Rabbi David Lau and Sephardi Chief Rabbi Yitzchok Yosef, announced Wednesday that they plan to hold a meeting next week with the country’s Chief Rabbinate Council and Supreme Rabbinical Court to outline standards for accepting conversions to Judaism that were performed outside of Israel.

“This reform is expected to stop the suffering of many converts who have been through a conversion abroad when they come to register for marriage and divorce in Israel. In contrast to the situation in the past, in which some officials in the Chief Rabbinate assumed the authority to check every case individually, now as mentioned above, every conversion that will be approved by a rabbi who is on the list of the approved rabbis will not be subject to further checking but will be approved automatically,” Yosef said in a statement.

“For example, what reached the headlines recently was the issue of the recognition of the conversion of Ivanka Trump, the daughter of the president-elect of the United States. According to the new proposed outline in which you check the converting rabbi only, their conversion would be legitimized without the need for further checking,” Yosef said.

Yosef’s statement follows a legal petition by the religious services advisory and lobbying group ITM that called on the Chief Rabbinate for more transparency on its conversion-approval process.

ITIM welcomed Yosef’s comments, saying they could alleviate “the increasing crisis between the State of Israel and these rabbis and their communities,” the Jerusalem Post reported.

“We hope that the process produced by the chief rabbinate will reduce the chaos and bureaucracy and make life easier for those seeking to tie their fate to the State of Israel,” ITIM said. JNS.ORG