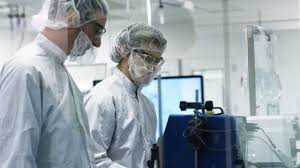 Israel’s Health Ministry reported on Wednesday that 1,718 new coronavirus infections had been recorded over the past 24 hours, beating the previous day’s record of 1,681.

Of the active cases, 195 are characterized as serious, according to the ministry. Fifty-seven people are on ventilators, and the death toll stands at 371.

The dramatic increase in the country’s coronavirus figures has led to a significant reversal in the easing of measures the government rolled out after it had seemingly successfully “flattened the curve” due to severe lockdowns in March and April.

Many in the government are now calling for a return to stricter measures, and even for another general lockdown. During a meeting on Tuesday of senior figures in the government and security services, Israeli Health Minister Yuli Edelstein reportedly said that if the trend didn’t change within the next few days, “there would be no option but to declare a full shutdown.”

The partial restrictions put in place in recent weeks had not been effective, said Edelstein.

“In the end, all we did was stop weddings and cut back on restaurant activity. With steps like these, there is no chance we’ll see a decrease in new cases, so I suggest we start talking about a full shutdown. If we don’t see a change in the numbers within three days, we’ll have to go there.”