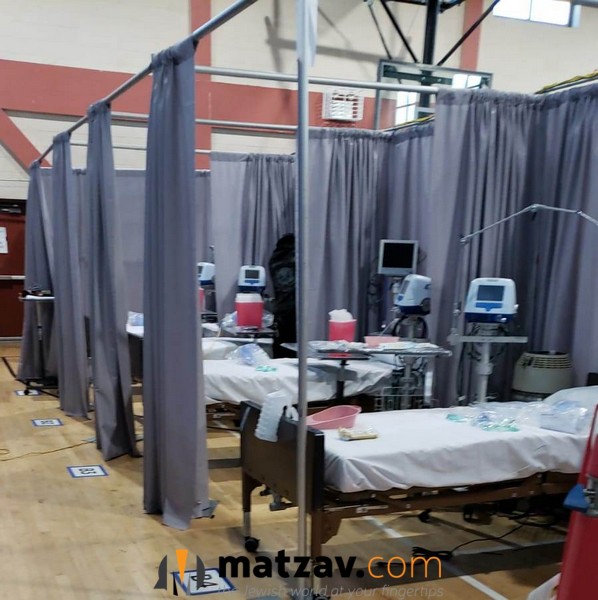 There has been a consistent decline in the rate of coronavirus infections in Israel since last week, with infections now doubling at a rate of once every eight days compared to once every three.

Professor Gabi Barabash, former director of the Israeli Health Ministry and of the Tel Aviv Sourasky Medical Center, told Channel 12 News that as this decline has been observed over a three-day period, it could, hopefully, indicate a trend.

“If the numbers continue looking like this, they [the government] could reconsider the lockdown after Passover,” he said.

As of Tuesday morning, there were 4,831 confirmed coronavirus cases in Israel. Eighty-three patients are in serious condition and 66 of them are in need of respiratory support. Seventeen people have died, and 163 have made a full recovery.

Still, Barabash noted that infection rates could spike again unless certain sectors of Israeli society, and particularly the ultra-Orthodox sector, understand the importance of observing the Health Ministry’s directives.

On Monday, Netanyahu himself went into self-quarantine after a parliamentary aide tested positive for the virus. The prime minister later tested negative for COVID-19.

In a televised address issued prior to receiving his test result, Netanyahu said that “this evening I am speaking to you from the Prime Minister’s Residence in Jerusalem. Even though my medical tests have still not concluded, I have decided to enter into voluntary quarantine in order to set a personal example. The cameraman is six meters away.”

He added: “I am continuing to work from home.”

“I must say that most of you are adhering to Health Ministry directives, [and] I thank you for that. But we have still not reached the desired point. There are individuals—and more than this, there are certain groups in the country which are pointedly ignoring, and are even showing contempt for, the clear directives that have been published,” he said.

The prime minister stressed that the “vast majority” of the public, including the ultra-Orthodox, were following the directives, but that the minority that wasn’t was putting everyone in danger.

“Therefore,” he concluded, “I have ordered the security forces to prepare to step up enforcement in neighborhoods and communities in which there are such violations and in which there are events that endanger the lives of all of us. We will prevent extremist elements from harming public health, and we will prosecute whoever attacks police, health and military forces, who are trying to carry out their mission on behalf of all of us,” concluded Netanyahu.