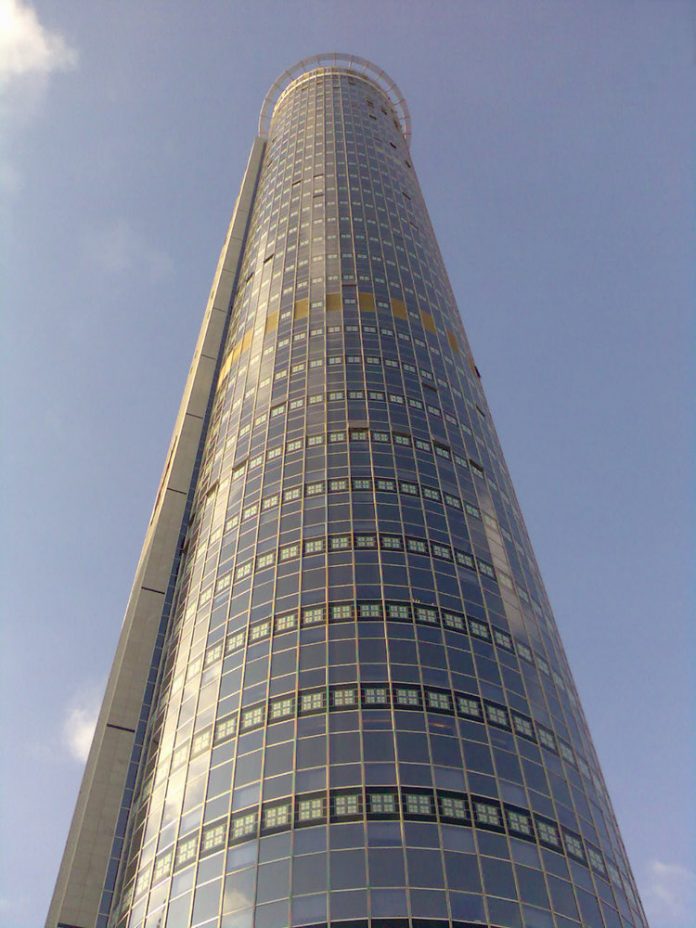 Measuring 400 meters (1,312 feet) high, the 100-floor “Tower Between Cities”—which will be Israel’s tallest skyscraper when completed, stripping Tel Aviv’s Moshe Aviv Tower of that designation—has been approved for construction.

The ambitious initiative, planned by Miloslavsky architects, began in June 2014 and has now been officially approved by the Israeli Finance Ministry’s district committee. The committee accepted both the construction plan and a recommendation by Tel Aviv’s city engineer, Oded Gvuli, to allow the tower to cover more than 166,500 square meters (546,000 square feet) at its base.

Gvuli told Yedioth Ahronoth that “a building such as this has yet to be built in Israel.”

The colossal skyscraper will not include any residential apartments due its distance from Tel Aviv’s residential areas, but will house offices, public spaces and hotel rooms. The building will also feature 24 high-speed elevators to accommodate the heavy load of visitors and workers.

The tower is expected to be completed in 2023 and will be built on the edge of Israel’s bustling diamond district and business center, Ramat Gan. JNS.ORG