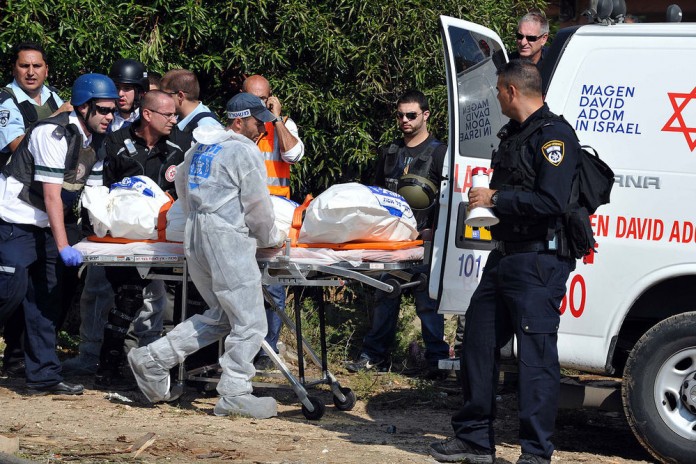 Starting next year, the Israel Defense Forces (IDF) Homefront Command will provide all 10th-grade high school students in Israel with search and rescue and firefighting training. At the end of the program, the students will be certified as independent first responders, and they will be certified to provide aid in times of disaster until the Homefront Command can be scrambled to the scene.

Under the existing curriculum, students in the 10th grade already receive first aid training. The current training, which was not overseen by the Israel Defense Forces, has been part of a project designed to foster personal commitment, and it is not mandatory for all students. The Homefront Command hopes that now, all 4,000 10th-grade classes nationwide will be required to undergo the expanded training, which has been greenlighted by the Education Ministry.

The new training curriculum is still being tweaked, but it appears that the students will undergo 10 hours of training, eight of which will be devoted to search and rescue and two of which will focus on basic firefighting. Apparently, a nonmilitary company will be responsible for administering the training, in line with the Homefront Command’s chosen emphases. Approximately 40 percent of the program will entail classroom study, with the majority of the training being more hands on.

“There is great importance to training [people] as independent first responders. The students will become emissaries in their communities and improve the culture of emergency preparedness,” said the Head of the Population Department in the Homefront Command, Col. Sigal Tidhar.

“Studies show that the people who perform the most rescues in the first moments after an event are usually friends and neighbors. If there is a major event like an earthquake, Homefront Command units won’t be able to reach every place quickly. If there are [people with] working hands that know what to do, who won’t harm anyone who is caught in the rubble and can perform basic lifesaving tasks — we’ve done our part. Rescues in the first few minutes after an incident are critical,” Tidhar explained.