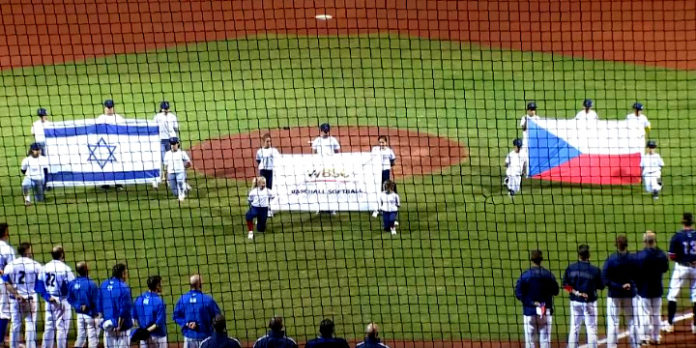 Israel’s national baseball team made history on Sunday when it qualified for the 2020 Olympics in Tokyo.

In the final game of the qualifying tournaments, Israel defeated the South African national team 11-1, winning a spot for Israel’s burgeoning Olympic delegation.

With the addition of the 25-member team, Israel will now be sending its largest-ever Olympic delegation to Tokyo.

Baseball has never been a particularly popular sport among Israelis, where basketball and soccer are the favorites, so the team itself is largely made up of American Jews who came to Israel specifically to play for the national team.

The team’s achievement was a come-from-behind victory. During the European championships earlier this month, it only made fourth place. It shone in the qualifying Europe-Africa tournament however, winning surprise victories over the Netherlands, Spain, and Italy.

The team was then hit by a loss to the Czech Republic, leaving them hanging by a thread. With their massive win over South Africa, however, they consolidated their victory and sealed their chance for Olympic gold.

Only six baseball teams will compete in Tokyo, and the Israeli team is the only one from the Jewish state to compete in ball-based sports. It is also the first time a ball-based Israeli team has qualified for the Olympics since the national soccer team did so in 1976.