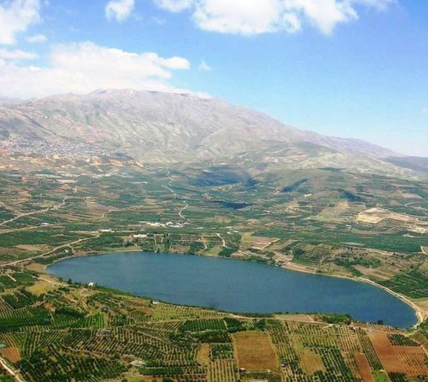 The decision by U.S. President Donald Trump to recognize Israel’s sovereignty over the Golan Heights is a welcome shift that lines up with the reality of Israel’s permanent presence in that area.

On Monday at the White House, Trump, with Prime Minister Benjamin Netanyahu as witness, signed a presidential proclamation officially recognizing the Golan Heights as Israeli territory.

Yet after all is said and done, recognition by Washington—no matter how welcome—will have little real-life effect on the ground.

What will make a significant difference to the security, political and economic reality of the Golan Heights is the development of large-scale Israeli communities on it.

Although it has only controlled the Golan for a mere 21 years—from 1946 to 1967, compared to the 52 years that Israel has now controlled it—Syria will continue to demand the return of this strategically vital land that overlooks the entire region.

It is one of Israel’s great fortunes that diplomatic contacts between the Assad regime and Israeli governments in the 1990s for a transfer of the Golan to Syria as part of a peace deal came up empty. Had Israel given up on the Golan, it would today have faced the presence of ISIS, Iranian units and Hezbollah cells right on the shores of the Sea of Galilee.

The security of the north would have fared far worse than the current situation.

Today, the Syrian state is beginning a long process of reconstructing itself, but it can never go back to the pre-war reality. Iran and Shi’ite militias will likely remain on the ground in Syria for many years to come, preparing bases of attack against Israel. They will, however, be looking at the Golan from across the border, rather than turning it into a missile and terrorism base.

From Israel’s perspective, a government-led program to begin seriously populating the Golan would go a long way to promoting the national interest.

Currently, the Golan is home to 22,000 Jewish-Israelis and some 25,000 Druze, the latter focused in four villages and who are integrated in Israel, despite rhetorical sound bites about maintaining loyalty to Syria.

A plan for long-term settlement up north

In April last year, Maj. Gen. (ret.) Noam Tibon, former commander of the IDF’s Formation, called for Israel to populate the Golan Heights, saying that this would not only result in economic and housing gains, but that it would also complement Israel’s military policies towards its quickly changing northern neighbor.

Tibon noted that “to the north of the Golan, Iran is consolidating its presence in Syria, creating a series of provocations against Israel, gradually creating a new reality. This is part of an overall Iranian regional project of building a conglomerate of areas under its control, and Syria is a major aspect of this dangerous plan. Iran’s Lebanese proxy, Hezbollah, is deployed across Syria as part of this maneuver.”

While the debate over whether to return the Golan was legitimate in its time, in the current era, with the Syrian civil war drawing to a close, this discussion has become irrelevant, argued Tibon.

“Syria is expected to suffer many more years of instability, and Israel’s most powerful enemies—Iran and Hezbollah—will continue to set up shop there, seeking to approach the border with Israel. Russia’s involvement in Syria has made these developments yet more complex. The idea of ceding the Golan is detached from this reality,” he said.

He described a program to populate the Golan as a civilian-economic component that would complement Israel’s strategic need to beef up northern defenses.

“This should be done not as a bargaining chip, but for the purpose of long-term settlement. The goal would be to create a population that could make a living from sectors beyond agriculture and tourism. For this purpose, the government should set up high-tech hubs and other advanced industries in the Golan, enabling the new population to have high quality jobs nearby,” said Tibon.

New Golan communities can be linked up to the country’s central coast, where the majority of Israelis live and where the economy is centered, with rapid train lines and an extensive network of highways.

Seizing on the momentum of Trump’s recognition, the next Israeli government would do well to act on this initiative and embark on a development program that would enjoy the support of both Israel’s left and right constituencies, while making it clear that Israel has no intention of ever forfeiting the Golan to Iran and its proxies.